Service Calls Save Down Time 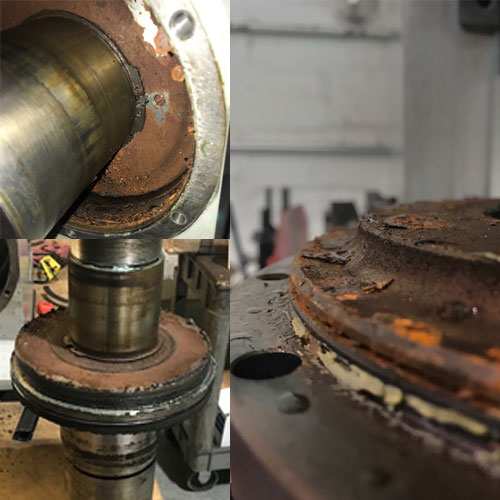 Continued service is a valid concern when purchasing a new machine. Suppliers who have a service department to turn to when unforeseen issues arise have a huge advantage in preventing extensive machine down-time. When purchasing new equipment, do you research to find who will provide the best support in the years to come?

Recently, Orbitform was contacted by a customer with a three-year-old orbital machine. They noticed that their powerhead would drift down when operators walked away. A quick call to the Orbitform Service Department revealed two options for servicing the machine:

With a strong desire to limit downtime and the impact in production, the customer opted for the Service Technician visit to their facility.

Upon arrival, Orbitform’s Service Technician immediately performed a leak test – drifting of the powerhead is typically a sign that the seals need replacement and a leak test reveals effectiveness of the seals. The test immediately failed – an issue was present.

To replace the seals, the technician got to work in taking apart the powerhead. However, as soon as the powerhead began to come apart, a larger, more serious issue was revealed. Water ran out of the powerhead and the internal components were covered in rust and slime.

Upon speaking with the maintenance crew, it was revealed that the company’s air dryer on the plant air system had broken down several months prior. The breakage was never addressed, and moisture had accumulated throughout their entire system.

While moisture can lead to irreversible damage to machines, Orbitform’s Service Technician was able to clean up the machine and replace the seals, valves and regulator. The thorough cleanup and restoration proved successful – the machine would never function as well as a new machine, but it did work and produce good parts.

Years after installation and start of production, Orbitform continues to provide support and service for your machines. Knowing you will never be alone in your production provides security that is essential in today’s fast paced world. Contact us today to start your journey or talk to a service technician for your current Orbitform machine. We look forward to supporting you now and in the future!