In the world of manufacturing, time is money. When the production process has multiple operations, there is inevitably a bottleneck area that interrupts the flow of work and delays production, negatively impacting the bottom line. Finding ways to improve the process for these bottleneck operations is vital to business success.

For one ladder manufacturer, the bottleneck operation was in the assembly stage of production. They were manually installing rungs on their ladders using a press. This was a very slow process that resulted in inconsistent parts. They turned to Orbitform for a solution that would speed up the process and improve the quality.

Orbitform’s Engineers reviewed the application in detail and designed a Custom Dual-Opposed Orbital Flaring machine to meet their requirements. This machine utilized two M-500 Powerheads, positioned horizontally within the machine cell, to flare both sides of the rungs simultaneously. This reduced the cycle time to 7 seconds per rung, which was a huge improvement over their manual process. The addition of a gripper that allowed each rung to center itself during flaring resulted in better consistency from part to part.

The machine also featured a continuous auto-feed that used sensors to detect if there was a rung at the flaring location. If there was, the powerheads would actuate and flare the rungs. This allowed operators to continuously feed parts into the machine and even run mixed lengths of parts in one batch.

In addition to speeding up the assembly process, this custom machine eliminated two of the operations that occurred prior to assembly. Operators were annealing the ends of the rungs and applying grease to before pressing the ends of the rungs. By changing the process to orbital flaring and using coated tooling, we eliminated these processes. This also reduced the number of operators from nine to three, allowing six operators to be utilized elsewhere in the plant.

Our in-house Service Department also provided on-site training after the machine was installed at the manufacturer’s facilities. This allowed the operators to become familiar with the machine with an Orbitform Service Technician on site to ask questions.

Evaluating bottleneck operations can be crucial to meeting production requirements. Whether cycle time is too long or there aren’t enough good parts being produced, these operations negatively impact the bottom line. At Orbitform, we understand what it means to evaluate the production process and find better ways to get things done. Contact us to discuss how you can improve your current assembly process. 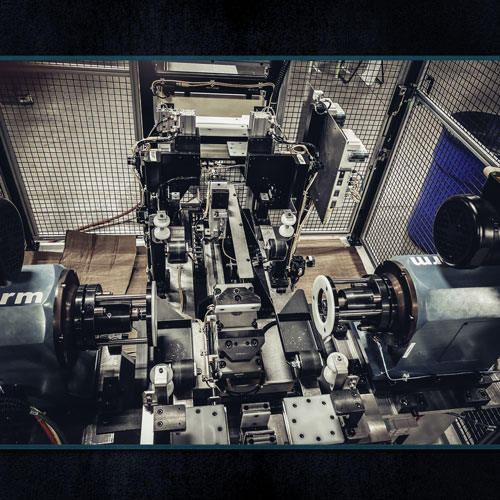