“Your true worth is determined by how much more you give in value than you take in payment.”
– Bob Burg, The Go-Giver

Anybody who knows Phil Sponsler knows that he embodies the principle of Servant Leadership. He is always focused on how he can serve others and add value, so much so that the phrase “adding value” is now ingrained into the Orbitform culture. Whether it’s leading the charge on continuous improvement efforts within the organization or mentoring the next generation, Phil has been a guiding light that has changed this company for the better.

With excitement that is also very bittersweet, we wholeheartedly announce that, as of June 1st, 2022, our dear friend and beloved leader, Phil Sponsler, has retired from Orbitform.

Phil first joined Orbitform in 2000, and was named President in 2008. In his 22 years here, he has been the driving force for continuous improvement, helping to focus our efforts on providing security for all Orbitform Stakeholders. He created the Orbitform Growth Engine, a multi-pronged approach to the marketplace that has proven to drive growth and increase security across the company.

Phil also implemented the Intentional Career Growth process where team members meet with their supervisors on a regular basis to discuss their career and identify actions to grow their career and skills to the next level. This is an investment into each employee but also in the company - as employees gain the skills to “go anywhere and choose to stay at Orbitform,” the entire company is leveraged up.

If the legacy Phil is leaving behind at Orbitform doesn’t exemplify the leader that he is, he was also honored with the Michigan Manufacturers Association John G. Thodis Manufacturer of the Year Award in 2017.

When asked about his time at Orbitform, Phil shared that he will miss seeing the Orbitform team on a regular basis. He also shares, “I’m most proud of our awesome Orbitform Culture. I am extremely proud that we identified the next President, Jake Sponsler, several years ago that is producing a seamless transition.”

David Shirkey, a second-generation member of the Orbitform ownership family, shares, “Our family is incredibly grateful for Phil’s leadership and service. We have been blessed to have Phil as president. He has always acted like an owner. The thoughtful leadership transition Phil has orchestrated over the past few years and how Phil has helped Jake develop is an act of selflessness that helps Orbitform transition into the future. Thank you, Phil!”

With the Orbitform chapter of Phil’s career coming to a close, Phil is looking forward to retirement. He plans to spend some much-deserved quality time with his wife, four daughters, sons-in-law, and grandchildren. In true Phil-fashion, he will still be giving back to others through some executive coaching and sitting in on a few boards. We wish Phil nothing but the best in his retirement, and although we won’t hear the door shut when he leaves, we will always keep it open for him to visit.

With Phil’s retirement, a plan three years in the making comes to fruition as Jake Sponsler takes over as President of Orbitform. Jake has been a part of the Orbitform team for 17 years, starting in mechanical engineering, machine design, and project management. From there, he grew through various leadership positions and eventually Vice President with the intent to take over once Phil retired. As Phil puts it, “Jake’s engineering, operational and leadership experience and knowledge has prepared him well to take over the President position.” Phil’s ceiling is now Jake’s floor, and he will take the company to new heights.

Our Vision has been and will continue to be to run Orbitform in a perpetual manner. Orbitform is excited to see what Jake has planned and confident his efforts will continue improving results and security for employees, investors, and customers. 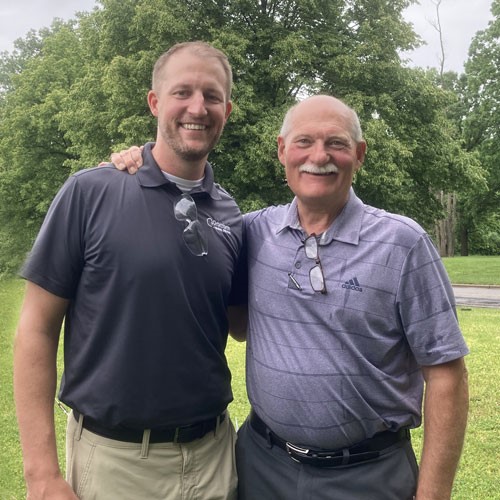